“The Gateway to the Grand Canyon” as it is called. Williams is a cute town with a big train, and lots of heart and history. 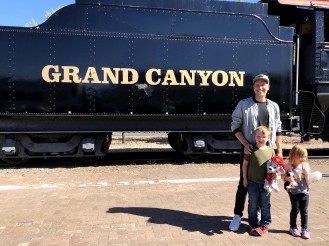 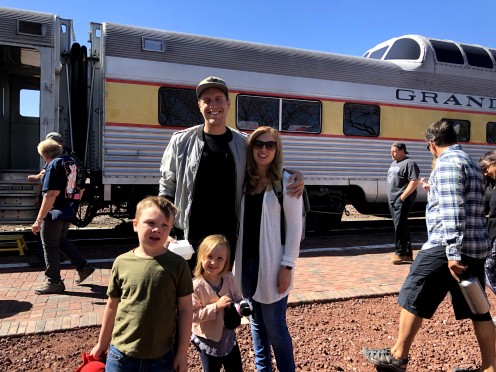 We stayed a too short two nights at the Grand Canyon Railway RV Park. We went to this park because it was recommended by fellow travelers, was on the way to the Grand Canyon, and was half off during the off season. This park was in a great location, and is owned by the same company that operates the Grand Canyon Railway Hotel that is across the street. It had a nice playground area, laundry, and the hotel had restaurants, a pool, and hot tub that we could use. It is also right next to the Williams Depot where you can catch a train ride into the Grand Canyon. That being said, there is major train noise to be expected here. It is right next to the train tracks at an area where there is a crossing, so often loud train whistles, and crossing dings. There is also the well known in the area, Grand Canyon Brewery, right next to the RV park, and the town is in short walking distance.

This train leaves once or twice a day, and gives you a two hour ride into the Grand Canyon, drops you off for a few hours, and then you can ride the train back again later in the day, or stay in the Grand Canyon, and come back another day. It would be a cool experience, and we thought long and hard about doing it, but we only had one full day in Williams, and were headed closer to the Grand Canyon from there. We walked over to the train depot across the street from our RV Park, and watched the 9am western show, then saw the train off, which was fun in itself. 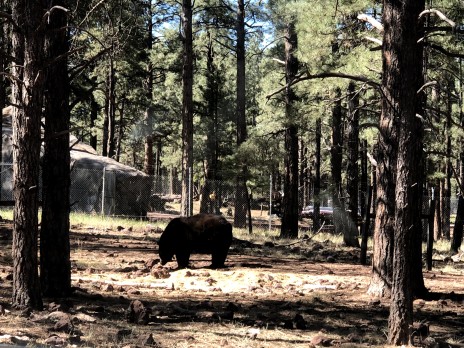 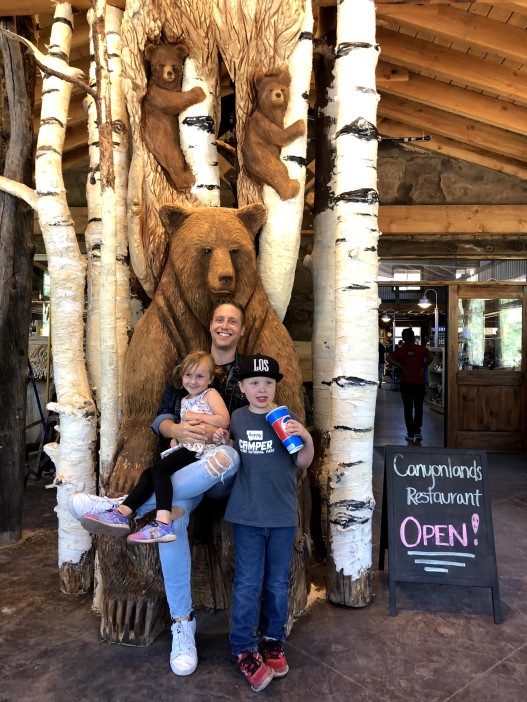 We had also heard great things about Bearizona in Williams. This is a unique zoo experience, in that you can drive your car through 3 miles of the zoo where many bears, bison, white wolves, and other animals roam free. This was definitely a fun experience, where we were driving very close to animals that we had never driven by before. There is also a walking zoo area, and a petting zoo as well as restaurants at this zoo. Bearizona was not on our zoo membership, but we felt like it would be worth the experience, and we were right!

When in Williams, you also want to visit the town with it’s shops, restaurants, and old town charm. We had a tasty dinner at the Red Raven Restaurant, and pastries for breakfast at The Cowgirls Coffee Cake Company. There was plenty to do in Williams and the closeby Flagstaff area, that we probably should have stayed here at least a week!

We also got the treat of meeting up with one of my cousins, Amy, and her son, and my Aunt Judy and Uncle Butch in a nearby small town. We ate at the Roadkill Cafe on Rt 66 where I am sure there is a whole lot of history. The kids enjoyed exploring the old jail next door! 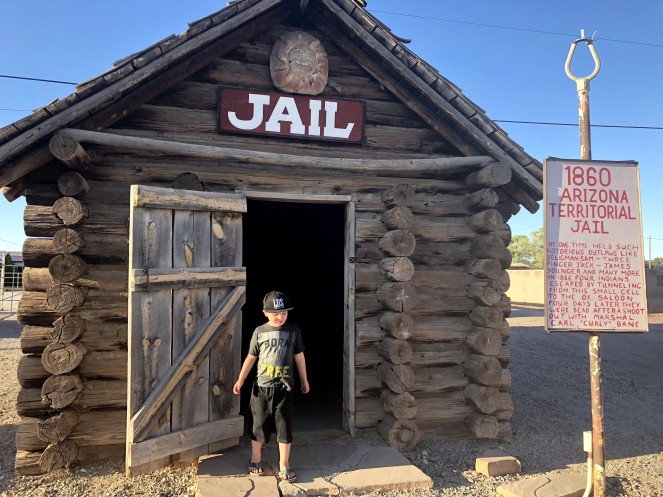 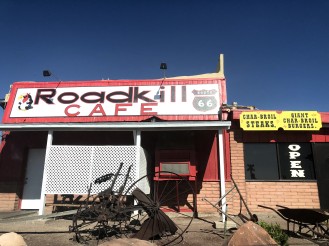 Next up, we are headed to our first visit at the Grand Canyon!