Many of our friends who travel often have told us that the Oregon Coast is some of their favorite areas in the USA! We can see why! 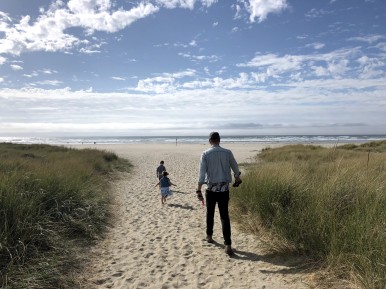 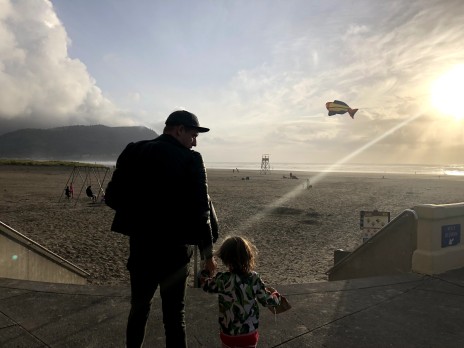 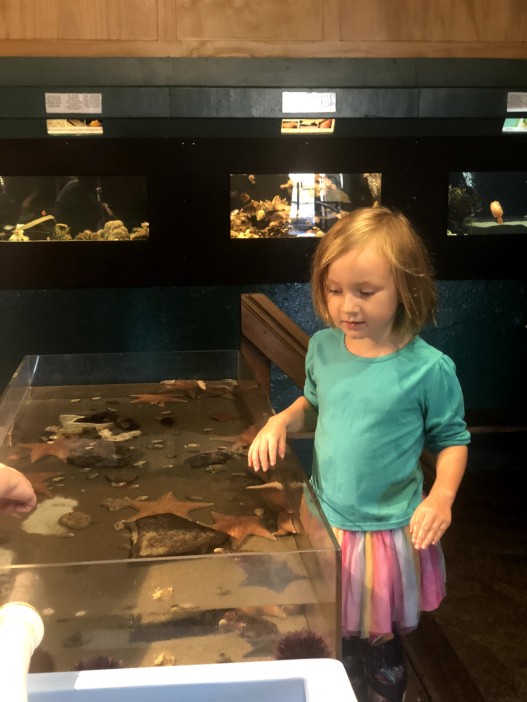 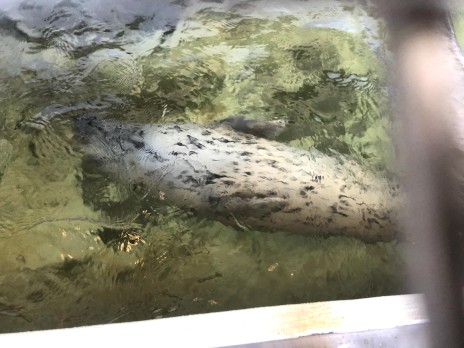 We started our trip down the coast staying at Seaside Thousand Trails, in Seaside Oregon. Seaside had a vintage beach town feel with running and bike trails. They also had large beaches with swings on the beach! The kids enjoyed the arcade in town, and we also stopped at the Seaside Aquarium. This aquarium was very small, but definitely fun! They had many octopus, seals that you could feed if you like, and touch pools that the kids loved. The seals were hilarious as they splashed us and were clapping to try to get the fish we were feeding them. They seemed to be playing jokes on us as they surprised us with pretty big splashes. We were all soaked! 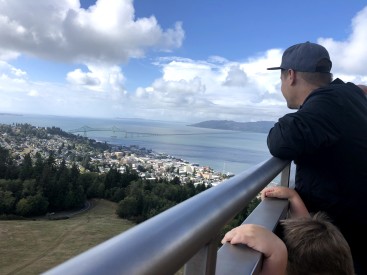 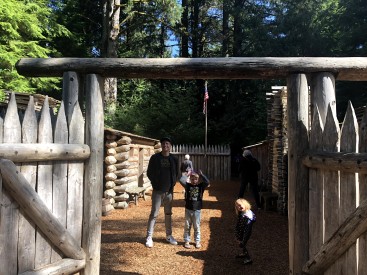 We drove about 25 minutes north of Seaside, where we visited the cool old town of Astoria where parts of Free Willy and the Goonies were filmed. This town had a nice boardwalk area with restaurants and shops, and we also saw sea lions here. We climbed the spiral staircase in the Astoria Tower, to beautiful views from the top, where it is tradition to throw small wooden planes from the top of the tower, which the kids enjoyed. We also stopped in at the Lewis and Clark National Historic Site here and walked around the small fort there. 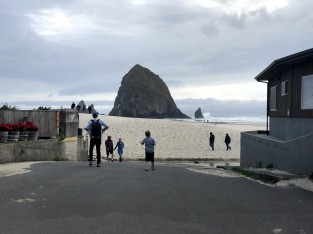 Cannon Beach is another popular beach town about 20 minutes south of Seaside. Pelican Brewing Co. Restaurant is a popular spot to eat in this town! 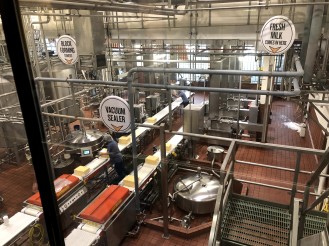 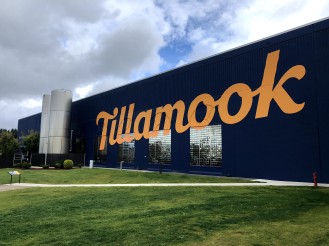 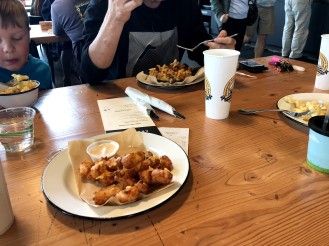 As we continued south down the Oregon coast, we stopped at Tillamook Creamery on our way to where we were staying next. This Creamery was huge and their cheese, food, and ice cream is amazing. After our time spent in Oregon, we are definitely Tillamook fans! I don’t know how they make their products taste so good, but they are definitely better than others! If you visit the factory, we highly recommend the Tempura Fried Cheese Curds from the café!

Our next stay was at a campground called Whalers Rest Thousand Trails, where we could walk to the beach from, just south of Newport. We drove north while here, hoping to catch some sites of grey whales that live year round in Depoe Bay. We saw the whales from the Watchtower on shore, and decided to take a whale watching tour since we knew they were out there. We saw about 6 grey 🐋 on our tour, but the water was so choppy that we all got sea sick to varying degrees for the first time ever. I didn’t get any pics of the whales, because their sightings were fleeting, and we got sick! 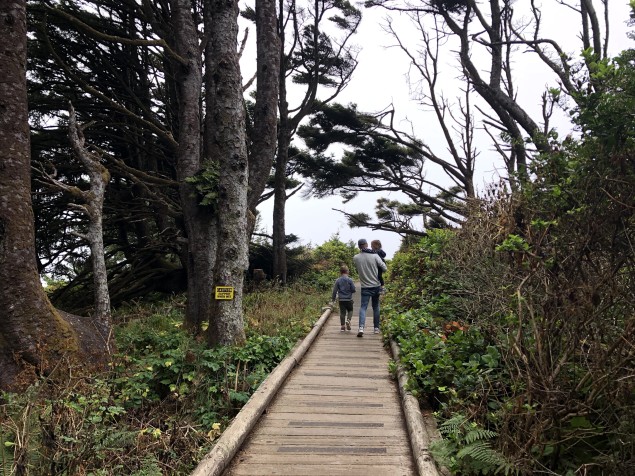 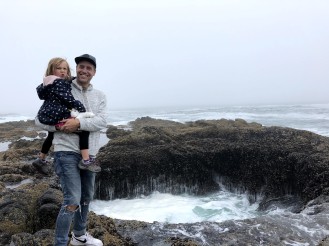 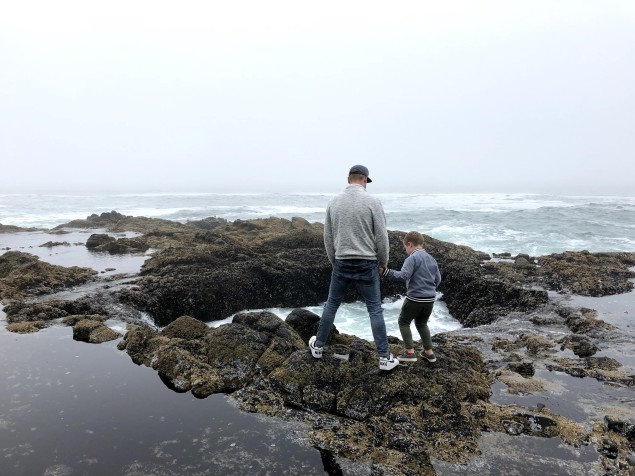 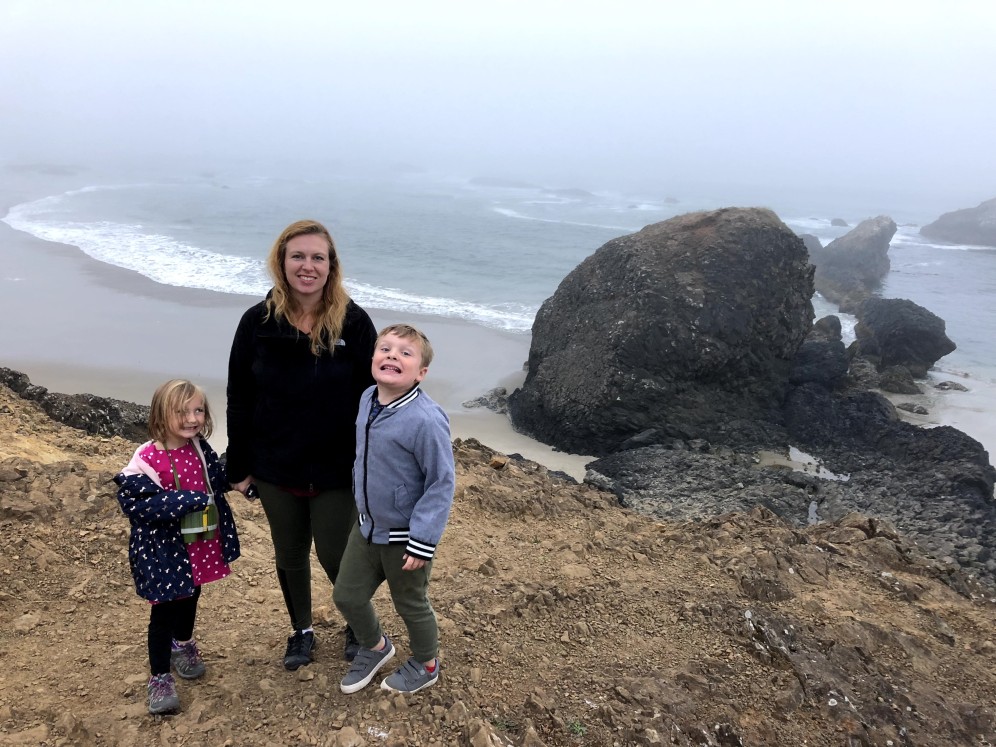 South of Newport, we visited an inlet with booming sea cave called Devil’s Churn, and right down the road was Thor’s Well (a hole in the rock that fills up and overflows with the changing tide). We also drove up the mountain across the street, and were in a rainforest where it was raining slightly only whenever we were in the trees! We hear the view is great from there too, but….northwest fog was too thick once again! 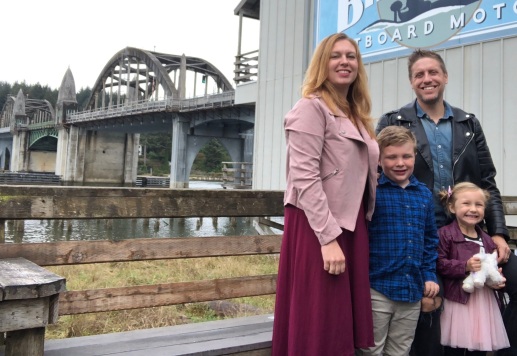 We started to wrap up our time in Oregon with a short stay further down the coast in Florence, at South Jetty Thousand Trails, where we sand sledded and sand boarded on the South Jetty dunes nearby.  It was so much fun, but we were all full of sand afterwards. The River Roasters Coffee Shop was a favorite spot in this town! 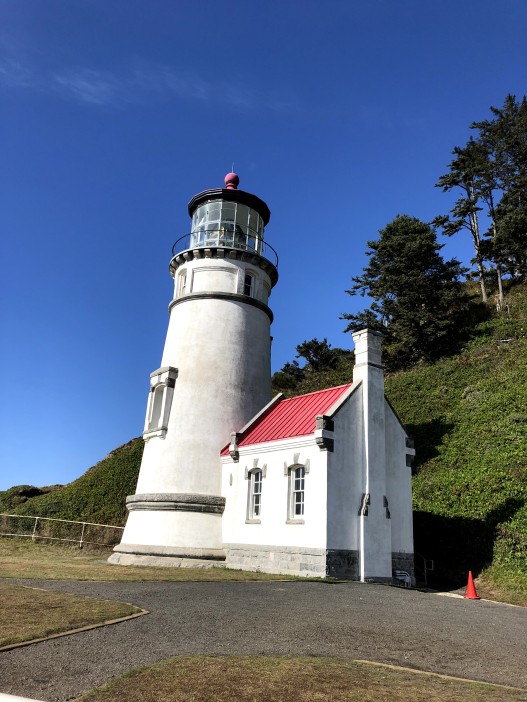 We also toured the nearby Haceta Head Lighthouse, which you got to by a short, and beautiful hike. As usual, Ellie made a new dog friend, a basset hound-lab mix named Bo, who helped her stay motivated on the trail. She has a real love for animals, and makes friends with their owners too. When Ellie grows up, she would like to work with animals, and we bet she will do it! We stopped at the popular Sea Lion Caves near the lighthouse, but learned that there were no sea lions in the cave in the fall and winter months. 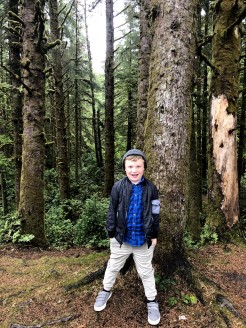 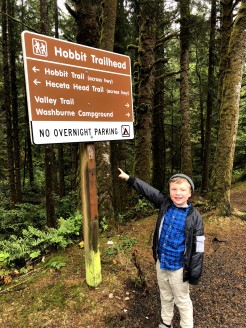 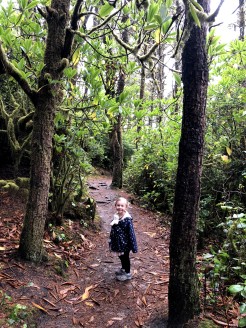 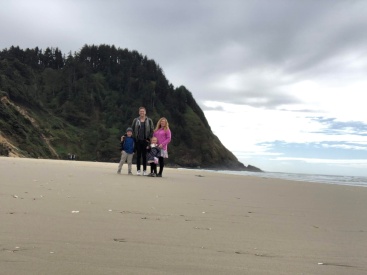 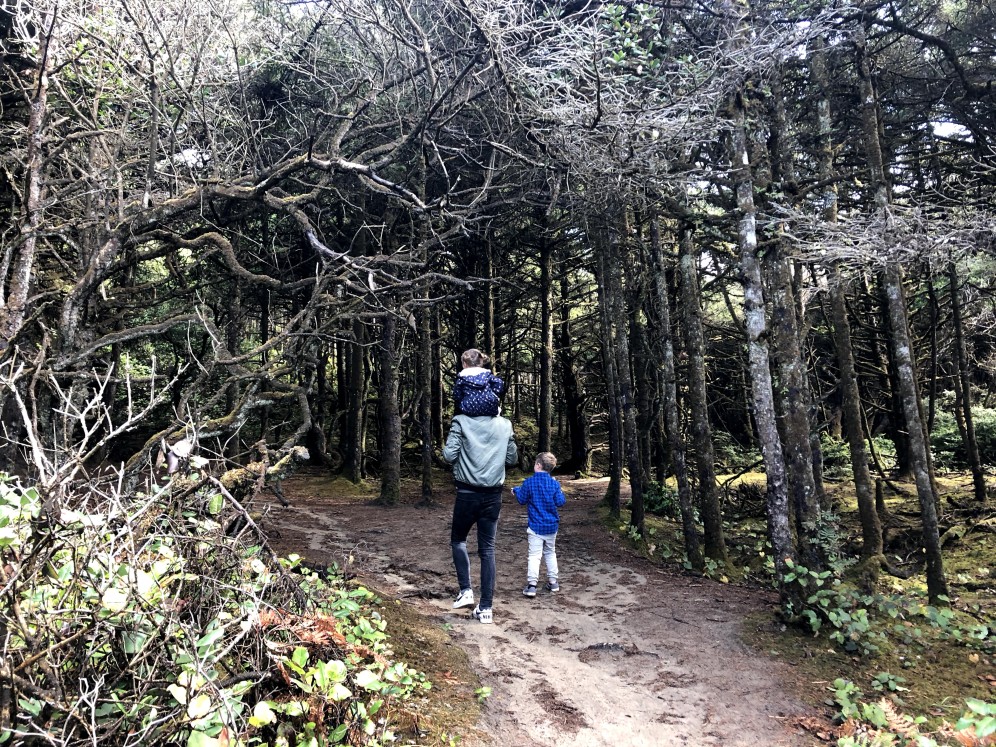 Another cool spot in this area was the Hobbit Trail, where you hiked through the forest, through clearings onto the beautiful beach. It was a fun hike for sure!

As we drove away, we knew we were going to miss the Oregon Coast!

One thought on “The Oregon Coast”